As Disney’s second princess, Cinderella has always been in the hearts of many people. I don’t think I know one person who doesn’t enjoy the film.

62 years after its original release, Disney has brought Cinderella out of the vault and onto Blu-ray for the first time ever. Enhanced picture and sound has made Cinderella even more beautiful than before. The Cinderella: Diamond Edition made Cinderella’s gown sparkle and twirl in unbelievable crisp, clear imagery, the extras that come on the disc are extraordinary.

The Cinderella story is one we are all familiar with. After the death of Cinderella’s father, her stepmother  Lady Tremaine and her daughters take over the estate, and begin to abuse and mistreat Cinderella out of jealousy, and even allow their cat, Lucifer, to torment her. Despite being forced into servitude in her own home, Cinderella becomes a kind woman and befriends the animals living in the barn and many of the mice and birds who live in and around the chateau.
At the point of giving up her dreams, Cinderella’s Fairy Godmother appears to bestows upon Cinderella a blue dress with glass slippers. She leaves for the royal ball, and meets Prince Charming where he and she fall in love. Leaving at midnight only 1 glass slipper was left behind. Now the kingdom is determined to find out which woman the shoe belongs to. The Prince finally finds Cinderella, they marry and live happily ever after.

I am delighted that Cinderella was brought out of the vault but, like all classic Disney films this one too will return and never come out again. Run out and grab your copy so your children and grandchildren can enjoy the film for years to come. 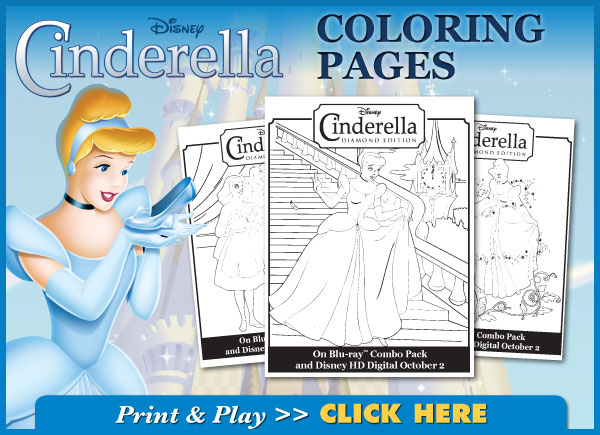 Disclosure: I was given a copy of the film to review, I received no other compensation. All opinions are my own and not those of Walt Disney films or anyone else.

Double Duty Mommy is an Amazon Affiliate. Some links listed on this blog may be an affiliate link. This means we earn a small portion of the sale which helps keep this blog running. To read more on our disclosure policy click here.

Jennifer Mercurio is an Orlando lifestyle blogger and influencer. She is the founder of Double Duty Mommy.

Parenting a teen is hard, you guys. (ad) One thing

****GIVEAWAY CLOSED**** I have teamed up with some

Relaxation level was at a 10. We stayed at “𝐓

Who’s ready for #ToyStory4?! We are less than 1

Can it be the weekend yet? I can’t believe it’