So we finally got our passes to the parks at Disney World the other day!! Now the only park we dont have access to is Universal Studios but honestly it’s not for little kids (in our eyes) so we aren’t planning on getting them anytime soon… especially with Kendall almost here.
Yesterday we went to The Magic Kingdom (our first time since the end of last year) AND Animal Kingdom (my 2nd time ever). The plan was to JUST go to the Magic Kingdom but that changed I guess. I have NO idea what we were thinking.
Our day started at 9am when the park opened. Once we got home we learned it was the hottest day of the year so far! 🙂 Oh and it definitely felt like it. Even walking from the car to the trolly thing to take us to the shuttle we were already sweating! We definitely looked like tourist since I was wearing a Minnie Mouse hat, & we all had our Trading Pin landyards. 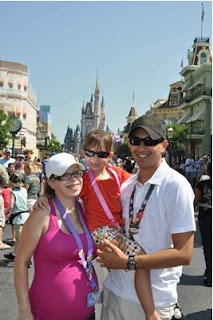 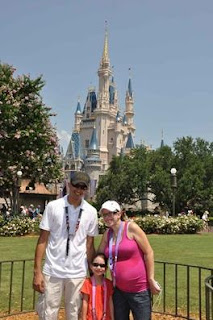 We sat right up front to watch the “Dreams Come True” (at least I think that’s what it’s called) Cinderella’s castle stage show thingy, so that was awesome not having to look at the back of someone’s head. 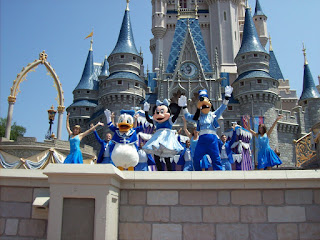 Anyways, Makenna was so excited to start her Disney Pin Trading. If you don’t know Disney makes expensive as hell little pins that you put on a landyard ($7-$30 for a pin alone! Landyards are about $15. Starter packs are $25-$35… like I said, expensive as hell for pins!). You can buy them anywhere in the park. Once you have some you can stop any cast member you see having the pins, if you see a pin you like then you give them one of yours and trade. They can’t say no or anything like that so they have to trade their pins.
It’s just a fun thing you can do through-out the day, trying to get a collect you want or whatever (all Princesses, all Fairies, all Mickey’s… whatever). So Makenna LOVED doing that. We got her a starter pack of the Princesses (the landyard plus 4 pins), plus 4 other “crappy” ones we thought she’d trade right away. It was so weird because the Princesses were the 1st one’s she traded and she ended up liking the ones we picked specifically just for her to trade, lol. John & I even bought starter packs for us plus extra “crappy” pins just to wear just in case Kenna didn’t wanna trade any of hers then we had ours for backups.

Makenna also came with her Tinkerbell photo/signature book so she just HAD to get all the signatures she could possibly get.

After riding a few rides and eating lunch, plus some shopping it was then 3:00pm so me and daddy decided to go see all the Animals at Animal Kingdom! 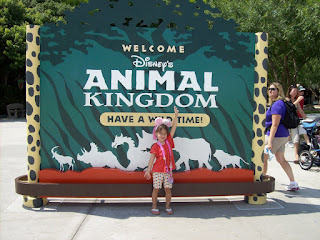 We took a Disney bus over and that started the 2nd part of the day for us. Both daddy and I were already dying by that point and I wanted to go home so bad…. funny what we do for our kids, huh? 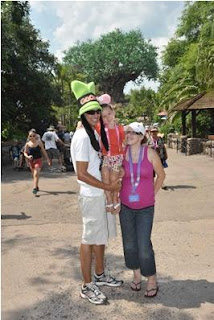 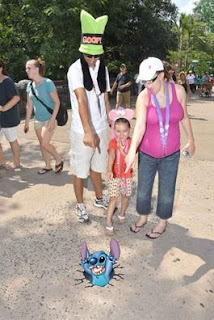 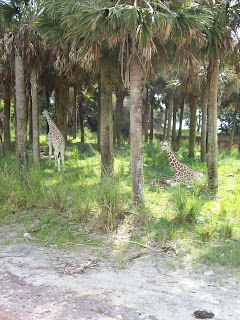 There we watched the parade, rode the Safari ride (that has real animals), played in Dinoland, and met some more characters! Kenna met Lilo & Stitch, Pooh, Tigger, Eeyore, Pluto, and Goofy! Since it was getting close to the end of the day we also let Kenna get her face painted. Plus, we had to do some more shopping and got my parents a couple gifts. 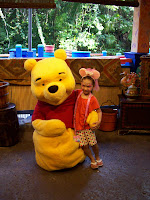 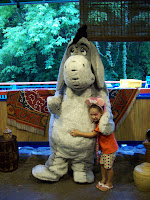 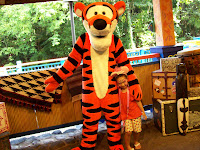 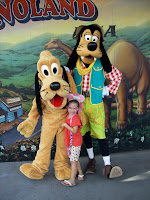 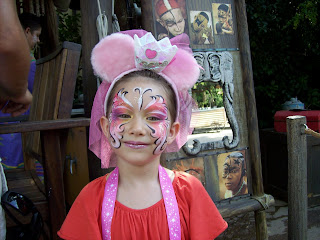 All in all, it was a great day but omg I was so glad it was over by the time we left at 7pm!
My legs are STILL killing me! This house is a mess and I don’t have the energy to do anything with it. The laundry is folded but it’s just sitting there… waiting to be put away.
I definitely told John right away that even though we have passes and can go anytime… I am seriously NOT going back before Kendall is born. Doing the parks while pregnant was definitely not really a fun experience. Maybe the $70 for an electric wheel chair would have actually been worth it, so yeah I should have just spent the money… but we didn’t. :/
So next Disney trip… October-ish! 🙂